It was a quiet cafe, a bit out of town, and Buller Mayor Jamie Cleine had chosen it for just that reason for his regular catch-up with his deputy, Sharon Roche.

The pair sat in the summer sun and talked about council matters, and the mayor’s hopes of getting away for the weekend with his wife.

The mayor hadn’t had a break for a while, and in a small place, you’re never unobserved or off-duty.

When everyone knows you, just being able to walk into a restaurant unrecognized becomes a luxury.

And, yes, there was some weather on the way, but the forecast didn’t look too bad and now would be a good time for the Cleines to have a couple of days in Wellington, the mayor and his deputy agreed.

They were unaware of the woman at a nearby table listening to their quiet conversation.

Later that week, everything changed.

On February 2, the MetService put out a red warning: Buller was in for its second flood in eight months.

Cleine canceled his Wellington bookings and went into the office at 11pm to set up the Westport emergency centre. He was there all night.

And the next day, plastered all over Facebook, which was an almost verbatim account of his cafe conversation with Roche.

The mayor wouldn’t be around for the emergency because he was having a wee holiday while the town was flooded, the eavesdropper confidently announced.

“What amazed me was she had our conversation almost word for word – I think she must have recorded it on her phone,” Cleine says.

Although the privacy breach was egregious, it was perhaps not entirely surprising, the Buller mayor says.

“When you stand for council, people see you as public property, I suppose. You get used to it, it’s part of the job. it [the woman’s FB post] what annoying, but what can you do?”

And despite the eavesdropping episode, he’s preparing to stand for a second term as mayor come the council elections in October.

Greymouth Mayor Tania Gibson is also playing for another three years, despite similar experiences, though none as brazen as being recorded in a cafe, she says.

“You definitely are public property – people will have a go; I get texts at all hours of the night, or they’ll just want to talk to you.”

That applies whether or not her children are with her, Gibson says.

“When I go out, I’ll have the kids tugging at my sleeve going, ‘Come on Mum,’ and I’m going, ‘Hold on, hold on,’. You’re always available in that sense and you can’t go to the supermarket looking untidy.

And you must be prepared for some truly mad claims from the rabbit-hole brigade, Gibson says.

“I’m still getting messages from people who think a 12-year-old girl died while I was handing out ice blocks at a Greymouth Covid vaccination event. They accuse me of helping to cover it up. It’s unbelievable, some of the stuff you get.”

Spouses, too, need to be aware of what’s coming their way if their other half gets elected, the Greymouth mayor says.

“Stephen [her builder husband] got a bit of ribbing from his mates when I got in. They’ve kind of got used to it, I think.”

The former hairdresser has moved her business out of her home and employed a manager to run the salon while she concentrates on being mayor.

“I’m used to making decisions because I’m a business owner. But there was just so much to learn on council. People don’t realize how much. And we’ve had the Three Waters reforms and Covid to cope with as well.”

“But councils have a whole lot of processes they have to work through and you can’t just cut through it – it’s called democracy.”

Grow a thick skin, read a few long-term plans and swot up on the Local Government Act is her advice to wannabe councillors.

Calling it a day

But that’s not the reason he’s pulling out.

“I told my council in 2016 I’d go for two terms and that’s it. I did say I might stand for a seat on the [West Coast] regional council this year, health permitting. But right now I’m not confident of that. So I’m bowing out of local politics for now to focus on getting well.”

Councilors and mayors are fair game for unfavorable public comment, Smith says, and being the outspoken type, he’s well used to it.

“The moment you put your name down as a candidate, you accept you’re a public figure, so it’s not unreasonable for people to approach you or challenge you.”

But there’s a line that should not be crossed, Smith says.

“There are always a few that’ll take it too far and you’re entitled to fight back.”

Smith fought back with a vengeance last year when he won a defamation case against two people, including former councilor Anthea Keenan, who’d repeatedly made what the High Court found were “unsubstantiated allegations of corruption and fraud” against him.

Last month he had Keenan adjudged bankrupt after she failed to pay costs of $16,333 ordered by the court.

“You have to make a call about whether to ignore some of this stuff or whether to take action. But the laws of defamation are there to protect people’s reputations.”

“When the allegations are really damaging, I think we should be using these defenses more.”

Smith’s advice to intending council or mayoral candidates in a small community is to be aware of potential conflicts of interest.

“If you’re a large landowner or a business person, you need to think carefully about how your interests might be served by the council. If you are pushing your issue, you’re not going to be serving the community as you should.”

Mayors can only work with the hand they’re dealt at the elections and single-issue councilors at the table can be very disruptive, Smith warns.

His other piece of advice is to make sure your partner is on board with your political ambitions and knows what they’re in for.

“You really need a good partner because your life isn’t your own once you’re on council. The phone rings at all hours – you pick it up at 10.30 at night and it’s someone upset about a dog barking.”

And forget about weekends, Smith says.

“All the major community events happen at weekends. You have to be there so your family needs to be totally behind you.”

The Greymouth gold miner is no stranger to criticism: lampooned in national media for his views on climate change and nearly topped in a coup last year by fellow councillors.

“I was counting on Bruce for support next term. But you just have to box on and stick to your principles.”

He agrees with Gibson that a thick skin is invaluable.

“As long as the voters support you, it’s all water off a duck’s back. That’s how I see it.”

Made with the support of the Public Interest Journalism Fund 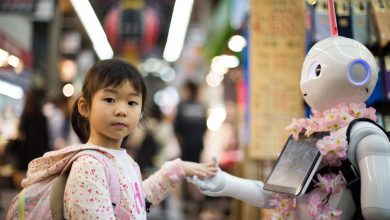