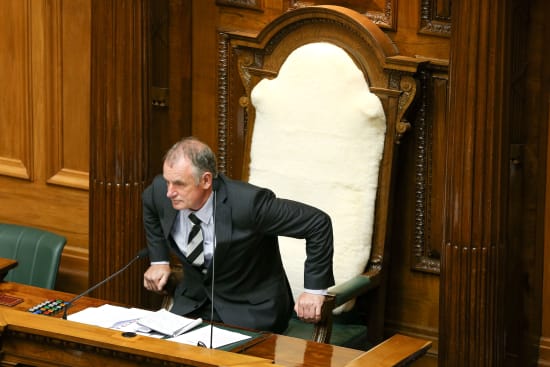 King Matt the Pretender mounts a small box
outside the High Walls of Queens Landing.
He cleareth his throat, and announceth:
“I hereby petition the Red Empress
and the Righteous Duck of the Great Temple to readmit
me to the City, in the name of all that is – “
But his words are cut short
in a mighty cloud of dust and blaring trumpets
as he is trampled under the great hooves
of a fine Araby steed: Lord Winston returns!
Winston has long wandered the Dreary Nine Lane Highways
and Soulcrushing Big Box Retailers of the Grim North.
He returns to the Palace in vengeful humour,
the Palace where Empress Jabcinda is assailed by suitors
who wish for her hand in coalition.
Lord Winston dismounts in a leap, crushing once more
the unfortunate pretender King Matt underfoot.
“Who dares to deny me entrance?
Who bars the city gates to the former Deputy Emperor,
maker of queens, scourge of unruly tribesmen,
defender against the Asiatic hordes,
nemesis of the Woke PC Flying Pink Unicorns?”
Up on the ramparts, behind a cancel squad
of Pink Unicorns, the Hallowed Duck
has emerged from his chambers.
“Ahem,” shouts down the Revered Duck
from his coign of vantage.
“You have tarried with the rebels
and the muck flingers, and are thus cast
into Outer Darkness, Lord Winston!”
So the rebels outside the gates did screech
their dissent and fling handfuls of muck;
and the lawful burghers of Lambton Quay
did rattle their latte glasses in concordance.
But lo! There is a commotion on the High Keep.
The Most Sanctified Duck has been called
to a short meeting with the Red Empress.
There is the sound of quacking,
and a cloud of feathers floateth
upon the gentle zephyr.
Lo, and so it was the Red Empress
came forth and addressed the rebels,
and she spake gently to Lord Winston;
“Old friend, you have served the realm well,
and may yet serve it again.
You may once again stride the Place of Courtney,
and partaketh of the juicy steaks
at the Green Parrot.
OPEN THE GATES OF THE CITY
TO LORD WINSTON!”